Association of Azerbaijanis of Quebec has addressed a letter to members of the Canadian Parliament regarding the March 31 – Genocide of Azerbaijanis, the State Committee on Work with Diaspora told ONA.

Information on the massacre committed by Armenian armed groups and supporters against peaceful Azerbaijanis between March 31 and April 3, 1918, has been given in the letter. It was noted that thousands of Azerbaijanis, as well as women, children and elderly people have been brutally killed, different buildings and historical architectural monuments during the genocide covering Baku and various regions of Baku province, as well as Shamakhi, Guba, Khachmaz, Lankaran, Hajigabul, Salyan, Zangazur, Karabakh, Nakhchivan, and other areas. It has been noted that this massacre is one of the bloody pages of Azerbaijani history.

As well, Marc Garneau, Minister of Foreign Affairs of Canada has responded to the letter of the Network of Canadian Azerbaijanis (NCA) regarding the looting and destruction committed by Armenians in the liberated territories of Azerbaijan.

The minister noted in the reply letter addressed to the Chairman of the Board of NCA Anar Jahangirli, his country welcomes the end of military operations in the Nagorno-Karabakh, calls on sides to achieve lasting peace and supports all resolutions of the UN Security Council regarding Nagorno-Karabakh.

The minister noting his satisfaction that infrastructure projects put forward by Azerbaijan will create opportunities for wider economic and regional cooperation and integration noted that it is important to clear territories of mines in Karabakh region and ensure the return of civilians to their own lands securely. 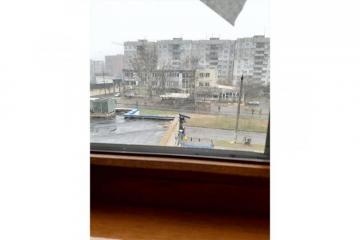