Co-organized by the EU Delegation to Azerbaijan and Azerbaijan’s Ministry of Transport, Communications and High Technologies, a presentation of EU4Digital, a new programme funded by the European Union to support the digital economy and society, has been held in Baku, ONA reports citing AzerTAG.

The event aims to present the EU4Digital programme as a flagship initiative, channelling a broad range of actions in support of EU policy objectives in the digital area. The event also took stock of the situation and progress made in the digital sector in Azerbaijan and looked ahead to upcoming actions. Addressing the meeting Simona Gatti, Minister Counsellor, Head of the Department of Cooperation of the European Union Delegation to Azerbaijan, welcomed the launch of the programme: “Today we are launching the EU4Digital programme, an EU-funded regional initiative with a total budget of EUR 11 million for the Eastern Partnership countries. We expect that the project will improve the work of government institutions, boost economic diversification with creation of growth and jobs and also improve the life of Azerbaijani citizens. The harmonisation of digital markets will result in improved online services at better prices and with greater choice for all people," she said.

In his remarks, Azerbaijani Deputy Minister of Transport, Communications and High Technologies Elmir Valizade said: “We highly appreciate the initiative of ‘Harmonization of Digital Markets’ (HDM) in the formulation and development of the digital economy. Our country is actively involved in each of the six directions of the HDM initiative. Azerbaijan takes the role of coordinator country in the direction of ‘Innovation and Start-up Ecosystems’ and the ‘Electronic Customs’ subsection. We believe that the work on HDM will support the development of the digital economy in Azerbaijan.”

The Deputy Minister added that development of the digital economy was a key priority for Azerbaijan: “The central government in Baku keeps close track of this direction as one of the priority issues in line with the state-sponsored development strategy. The ‘National Strategy for the Information Society Development in the Republic of Azerbaijan for 2014–2020’, a comprehensive guide for developing the national digital economy, has been adopted, and the formulation of the digital economy is set as one of the main goals. In addition, the Strategic Roadmap for the development of telecommunications and information technologies in the Republic of Azerbaijan, which was adopted at the end of 2016, has put serious obligations on the sector for ensuring faster and secure digital transition. Therefore, we support firmly the steps taken under the EU4Digital programme,” Deputy Minister Elmir Valizade said.

The opening remarks were followed by a full presentation of the programme, and a panel discussion on how EU4Digital complements other digital initiatives in Azerbaijan and the wider region. EU4Digital aims to extend the benefits of the European Union's Digital Single Market to the Eastern Partner states, channelling EU support to develop the potential of the digital economy and society, in order to bring economic growth, generate more jobs, improve people’s lives and help businesses. 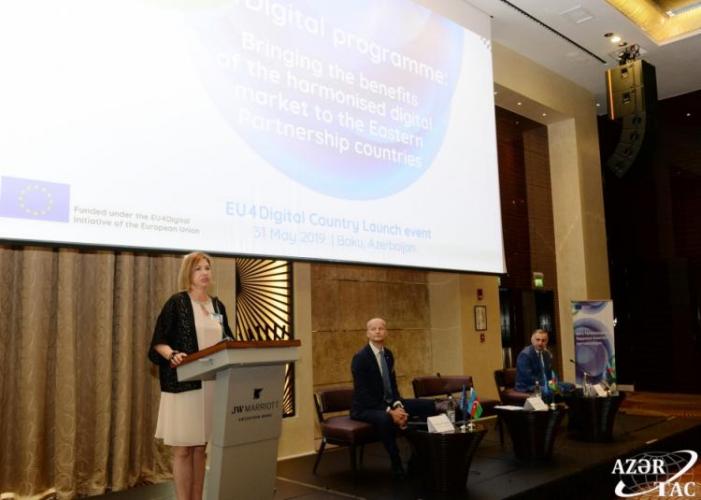 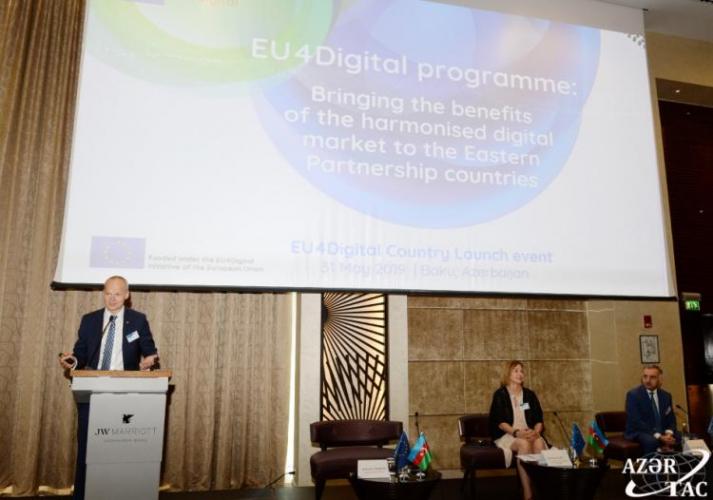