The agreement was signed by Azerbaijan`s Minister of Economy Shahin Mustafayev and Minister of Foreign Affairs of the Oriental Republic of Uruguay Rodolfo Nin Novoa.

The document envisages the establishment of a Joint Commission aimed at expanding economic, trade and technical cooperation, organizing cooperation between small and medium-sized companies, encouraging participation in international exhibitions and fairs held in both countries, and organizing exchanges of investment experience.

Prior to the signing ceremony, the two ministers discussed prospects for the economic cooperation.

The Azerbaijani minister said that trade relations between the two countries are developing. Shahin Mustafayev noted that Azerbaijan was one of the five largest oil exporters to Uruguay in 2018. The economy minister underlined that there are great opportunities for expanding economic ties. He stressed that the organization of reciprocal visits of delegations of both countries can be beneficial for strengthening economic cooperation between business communities of the two countries. 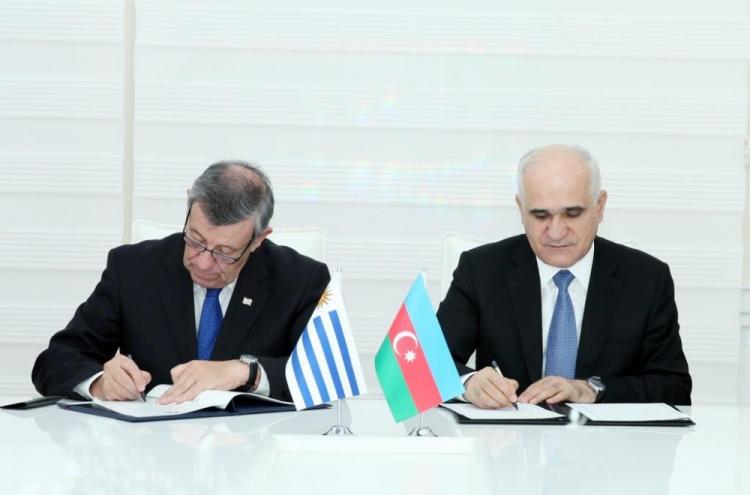