IEA: Global oil demand could drop by 20% due to virus

The global oil demand which is 100 million barrels per day (bpd) could fall by 20 million bpd as 3 billion people in the world are under lockdown due to coronavirus pandemic, said the executive director of International Energy Agency on late Thursday, ONA reports citing Anadolu Agency.

During a virtual fireside chat - titled COVID-19 and the Future of Energy Markets - hosted by Washington based Atlantic Council, Fatih Birol said the oil market is going through a unique period in history.

"For the first time since decades, we see both the falling oil demand and huge oversupply at the same time. This is the reason we are seeing oil prices at $20 levels per barrel," he noted.

After first appearing in Wuhan, China, in December, the virus has spread to at least 176 countries and regions, according to data compiled by U.S.-based Johns Hopkins University.

The data shows more than 532,700 cases have been reported worldwide, with the death toll surpassing 24,000 and 122,000 successful recoveries.

The virus led to a decrease in global oil demand which also lowered the prices. The prices dropped further as Saudi Arabia-led OPEC and Russia-spearheaded non-OPEC could not agree on measures to further curb oil production.

"Global oil demand is in a free fall and the recovery will not be easy and quick," Birol warned, adding the demand fall will be much bigger in the 2nd quarter of the year while it could mark a 20% fall throughout the year.

"This ongoing process will badly affect countries like Iraq, Algeria, Oman, Ecuador, Gabon, Nigeria of which economies are almost totally dependent on oil revenues," he said.

Birol said the revenues of Iraq, of which 99% of the government budget comes from oil revenues, is only enough to pay half of the salaries of government employees leaving the other expenses on health, education and other issues aside. 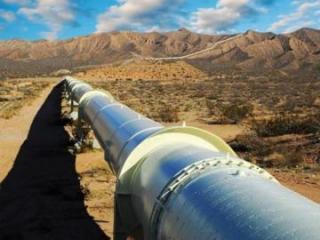