Ambassador Carole Crofts: “Access to information is vital for any society”

Ambassador Carole Crofts was delighted to welcome journalists and others working in the media sector to her Residence to mark World Press Freedom Day, ONA reports citing the Embassy.

She underlined the importance attached to media freedom and paid tribute to all those who work in this profession.

“Access to information is vital for any society. Fake news is a growing threat. Here in Azerbaijan, the Embassy works hard to ensure the facts are understood. For example, after the use of chemical weapons in Salisbury last year, we identified over 40 different narratives coming out of Moscow which we countered with one. One narrative. One set of facts. The truth. The evidence. You can’t kill the truth,” the Ambassador noted in her speech.

The Foreign and Commonwealth Office is keen to shine a spotlight on media freedom.

The Foreign Secretary Jeremy Hunt has announced that the FCO will spearhead a yearlong campaign to deliver international action on media freedom and strengthen the protection of journalists. Freedom of media is the lifeblood of democracy and vital for the protection of human rights. 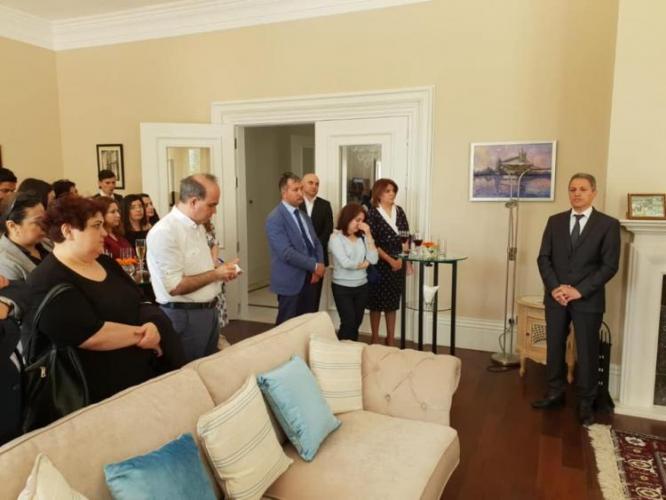