The staff of the Chief of Main Drug Enforcement Department of the Ministry of Internal Affairs (MIA) carried out a number of special operations against people involved in drug trafficking and illegal turnover, the MIA told ONA.

During the operation, previously convicted resident of the city of Lankaran, Mehman Bayramov, was detained. During a personal search, 0.565 grams, and in a car  - 1 kilogram of the highly effective psychotropic substance methamphetamine was found and seized. In his testimony, the detainee admitted that he had acquired psychotropic substances for the purpose of sale.

In the course of the next operation, previously convicted resident of the Fizuli region, Khagani Hasanov, was detained. During the search, 2.161 grams on him, and 100.901 grams of heroin were found in his house in the village of Hovsan.

Another operation conducted to uncover drug lords in the Khatai district of the capital. So, the department received a message that in the village of Ahmedli on "Zig Yolu" Street, a person named Khalida was engaged in the sale of drugs. During the operation, a resident of the Khatai region Khalida Agayeva was detained and transferred to the investigation. During the detention, 78.173 grams of heroin were found and seized from her, 3 kilograms of 20 grams of heroin, 194.645 grams of opium, 500 grams of methamphetamine and 1 electronic scale were found in her house. Kh. Agayeva said that she had been selling drugs for some time, and also impersonating Bibikhan so that no one knew her true identity.

A criminal case has been launched in respect of each detainee under the relevant articles of the Criminal Code, investigative and operational measures are ongoing. 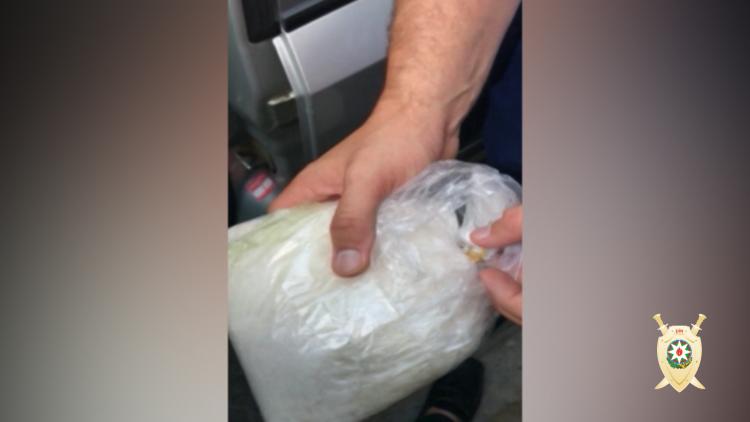