Azerbaijani citizen who got lost and crossed Armenian side undergoes surgery

Azerbaijani citizen Elvin Arif oglu Ibrahimov who got lost and crossed Armenian side undergoes a surgery, ONA reports citing the Ministry of Justice of the Republic of Armenia.

According to the information, he was checked into Erebuni Medical Center, after his checkup, doctors said the patient needed to undergo a surgery immediately, and during surgery foreign body was revealed and removed from his stomach following open surgery.

It is reported that the International Committee of the Red Cross (ICRC) is aware of the surgery.

Note that a resident of Yukhari Salahli village of Gazakh region, Ibrahimov Elvin Arif oglu, born 29.10.1986, at the night of March 15-16, losing his way crossed the border from Gazakh region to Armenia's Noyemberyan region.

During the preliminary investigation conducted by the State Commission, it was revealed that E. Ibrahimov was registered in Gazakh district mental hospital. 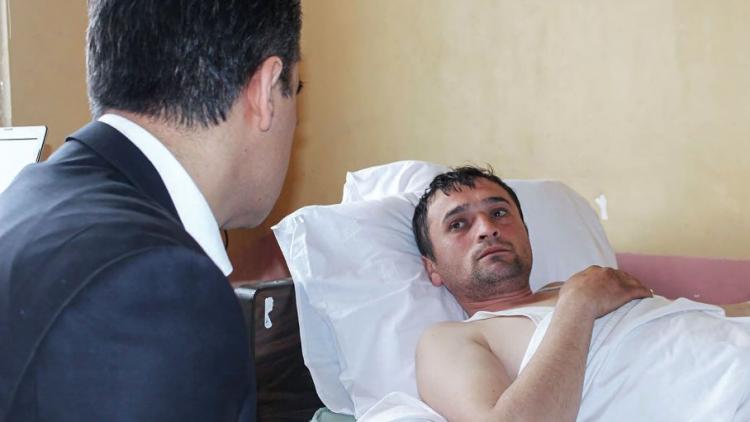