Restoration of Natavan’s monument in Belgium which exposed to vandalism, started

The act of vandalism has been committed against the monument of the prominent Azerbaijani poetess Khurshidbanu Natavan erected in 2016 in Belgium’s Waterloo City under the patronage of the Heydar Aliyev Foundation, the paint has been poured onto the monument, and some parts of the monument have been destroyed, the press secretary of the Ministry of Foreign Affairs (MFA) Leyla Abdullayeva told ONA.

The criminal case has been initiated by Waterloo police in regard to this incident, and the investigation is underway.

“The paint poured onto the monument has already been cleaned, and the works for restoration of the monument have been launched. Our embassy keeps this issue under control”, the MFA official stressed. 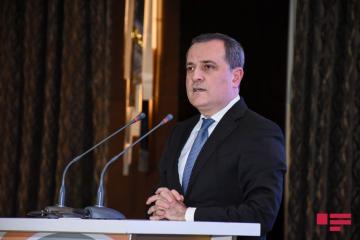 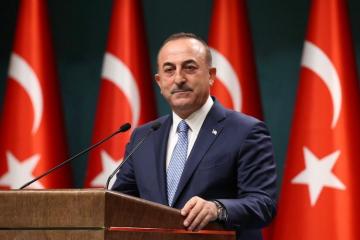 Chairman of Azerbaijani community of Nagorno Garabagh: “These games of Armenia’s political leadership will remain futile”

Azerbaijan’s MFA: Holding illegal “elections” and so-called “inauguration” - another manifestation of the annexation policy of Armenia