Azerbaijan MFA comments on the resolution adopted by Belgium Parliament

The Ministry of Foreign Affairs of the Republic of Azerbaijan has commented on the resolution adopted by the Parliament of the Kingdom of Belgium, the Press Service Department of MFA told ONA.

The Ministry said that during the plenary session of the House of Representatives of the Belgian Federal Parliament on December 17, 2020, a draft resolution entitled "Support to the initiatives of Belgium and international organizations for a lasting solution to the Nagorno-Karabakh conflict and a ceasefire" was adopted: "As we reported, Foreign Minister Jeyhun Bayramov, who is on a working visit to Belgium to attend a meeting of the Azerbaijan-EU Cooperation Council, met with Sophie Wilmes, Deputy Prime Minister and Minister for Foreign Affairs, European Affairs, Foreign Trade and Federal Cultural Institutions.

During the meeting, Minister Jeyhun Bayramov brought to the attention of the Belgian official the protest and dissatisfaction of Azerbaijan with the adoption of a resolution by the Belgian Parliament reflecting baseless and biased allegations against Azerbaijan, as well as brotherly Turkey.

Despite the fact that the document includes references to the norms and principles of international law, as well as the Resolutions No 822, 853, 874 and 884 of 1993 of the UN Security Council, after the explanation provided by the Belgian Government, it is unacceptable that it reflects biased opinions that do not reflect the truth. We would like to emphasize that the Deputy Prime Minister of Belgium - Minister for Foreign Affairs, European Affairs, Foreign Trade and Federal Cultural Institutions, recalling the official position of her country, noted that Belgium has always been guided by the norms of international law in interstate relations," the Ministry said. 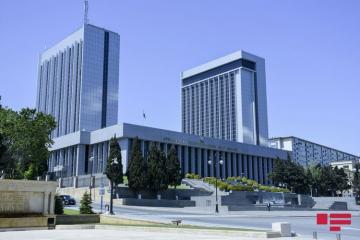