In the framework of his visit to Washington, foreign minister Elmar Mammadyarov met with the acting Assistant Secretary of the Department of State’s Bureau of European and Eurasian Affairs, Philip Reeker. Deputy Assistant Secretary of State for European and Eurasian Affairs, George Kent has also participated at the meeting, ONA reports citing Azerbaijani MFA.

The sides had a broad exchange of views over many issues of bilateral cooperation agenda, including the relations in political, economic, trade and other spheres. It was emphasized that the US-Azerbaijani relations are developing at a rapid pace.

The situation in the region, especially the current stage of the negotiations over the settlement of the Armenia-Azerbaijan Nagorno-Karabakh conflict, as well as the expectations from the Washington meeting were discussed between the sides.

Exchanges took place over the energy, transit and transport projects realized by initiative and with the participation of Azerbaijan, especially Baku-Tbilisi-Kars railway and Southern Gas Corridor.

Furthermore, the sides also discussed the other regional issues of mutual interest. 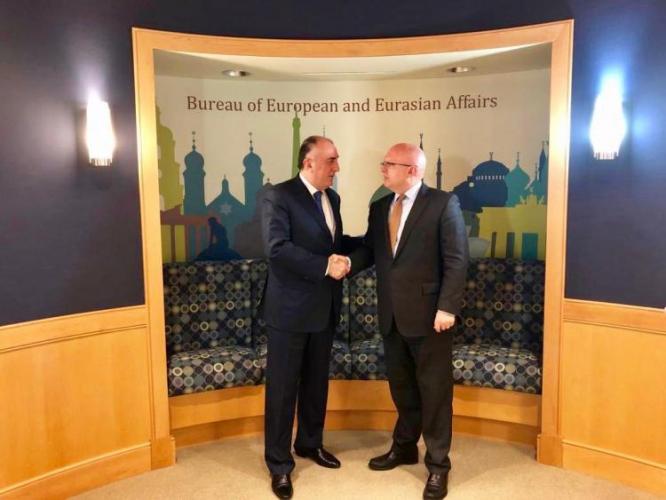 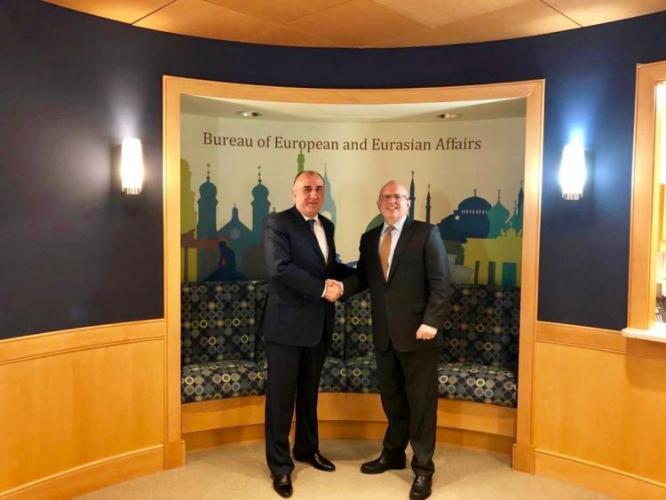