On the sidelines of the 8th meeting of the Foreign Ministers of Azerbaijan, Georgia and Turkey in Tbilisi, Minister Elmar Mammadyarov met his Turkish colleague, Minister Mevlüt Çavuşoğlu, ONA reports citing press service of the Ministry.

At the meeting, a satisfaction was expressed over the development of brotherly and strategic partnership relations between our countries. The Ministers highlighted the importance of cooperation based on the strategic partnership, good neighbourliness, mutual respect and trust for promoting regional and global security and stability.

The sides exchanged views on the significant projects implemented with participation of both states and underlined the importance of the inauguration of the European Connection of the Trans Anatolian Natural Gas Pipeline (TANAP), as one of the main segments of the Southern Gas Corridor and key elements of the energy security of Europe, in Ipsala, Edirne province of Turkey. Also the sides stressed that the Baku-Tbilisi-Kars railroad realized upon the initiative and participation of Azerbaijan, Georgia and Turkey would facilitate competitive transportation between Asia and Europe.

Broad discussions were held on the situation around the Armenia-Azerbaijan conflict, also the processes in the Middle East and the significance of policies of both states for providing their security was noted.

At the meeting exchanges took place about the cooperation in trilateral Azerbaijan, Georgia, Turkey format, also within other international organizations, as well as the regional and global issues of mutual interest.

On the sidelines of the 8th meeting of the Foreign Ministers of Azerbaijan, Georgia and Turkey in Tbilisi, Minister Elmar Mammadyarov met his Turkish colleague, Minister Mevlüt Çavuşoğlu, APA reports citing press service of the Ministry. 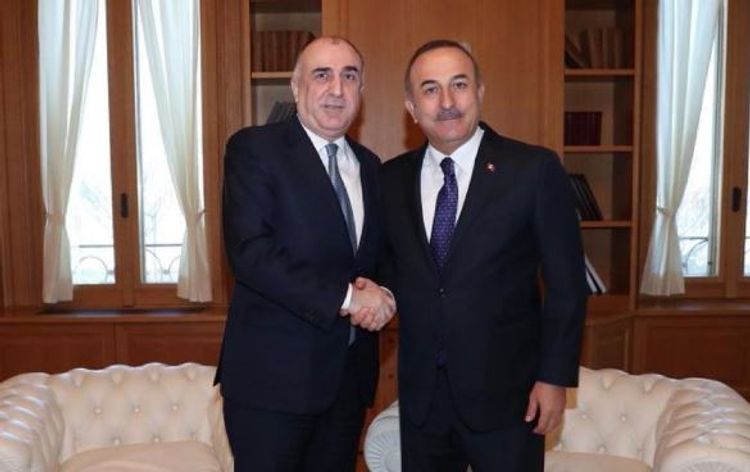