Underlining the role of Azerbaijan as one of the founders of the Turkic Council the Minister said that Baku continues to support the expansion of cooperation between this body and other international organizations. Mentioning country’s significant contribution to the activities of the Turkic Council Minister Elmar Mammadyarov informed his interlocutor about the ongoing necessary preparatory works on the upcoming Turkic Council’s Summit to be held in Baku in October of this year.

From his side, B.Amreyev highlighted appreciation for Azerbaijan’s constant support to further development of the Turkic Council.

At the meeting, the sides discussed in detail the preparations for the forthcoming Baku Summit of the Turkic Council.

At the end of the meeting, Minister Elmar Mammadyarov awarded the Secretary-General of the Turkic Council Baghdad Amreyev, as well as his Deputies Gismat Gozalov and Ömer Kocaman the commemorative medals on the "100th Anniversary of the Diplomatic Service of Azerbaijan" 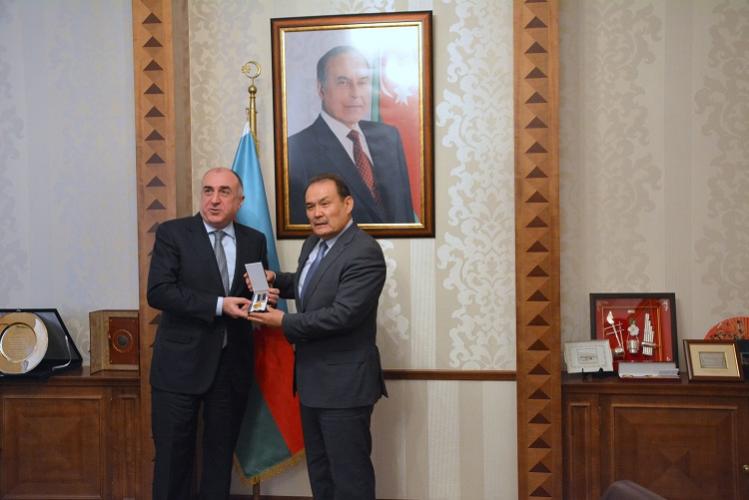