President of the Republic of Azerbaijan Ilham Aliyev has arrived in the Kingdom of Belgium for a working visit, ONA reports citing the Presidential press service.

Azerbaijan-Belgium bilateral relations, regional situation, as well as the issues on the settlement of the Armenia-Azerbaijan Nagorno-Karabakh conflict were discussed at the meeting.

President Ilham Aliyev briefed King Philippe of Belgium on the Armenia-Azerbaijan Nagorno-Karabakh conflict, underlining that the Azerbaijani lands were occupied by Armenia and that the settlement of the dispute is only possible on the basis of the UN Security Council resolutions, and within the territorial integrity of Azerbaijan. 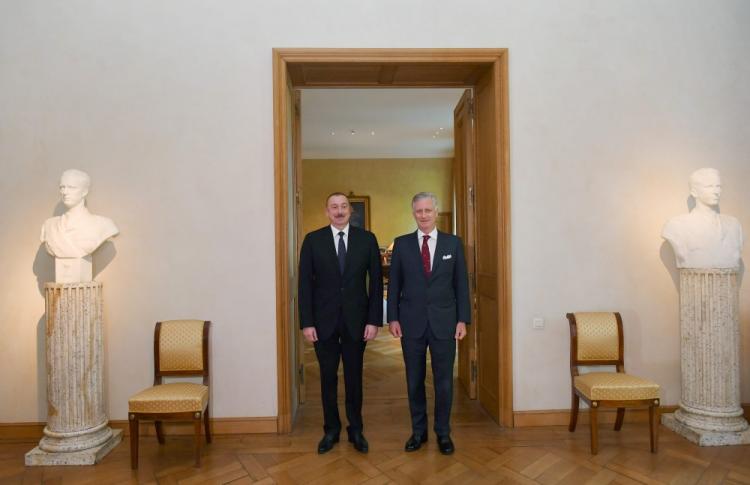 Kremlin regrets Erdogan's statement on annexation of Crimea, before his visit to Russia

UN Secretary-General made a call for a 24-hour ceasefire

Alexei Overchuk: “Armenia, Russia and Azerbaijan are focused on opening transport and economic relations in the region”