They exchanged views on various areas of bilateral relations between the two countries, as well as prospects of the economic ties.

The meeting continued with the participation of the two countries` delegations.

The presidents praised Azerbaijan`s contributions to ensuring peace, security and stability in Afghanistan.

The Afghan President emphasized the importance of cooperation in energy, transport, construction, economic, trade, educational, agricultural and other areas in terms of developing the bilateral relations, adding that there are big prospects for expanding the relations in these fields.

Then Azerbaijan-Afghanistan documents were signed with the participation of the two countries` presidents.

Azerbaijan`s Minister of Transport, Communications and High Technologies Ramin Guluzade and Acting Minister of Finance of Afghanistan, Adviser on Infrastructure and Technology to the President Mohammad Humayon Qayoumi signed “The Agreement on Cooperation between the Government of the Republic of Azerbaijan and the Government of the Islamic Republic of Afghanistan in the Field of Information and Communication Technologies”. 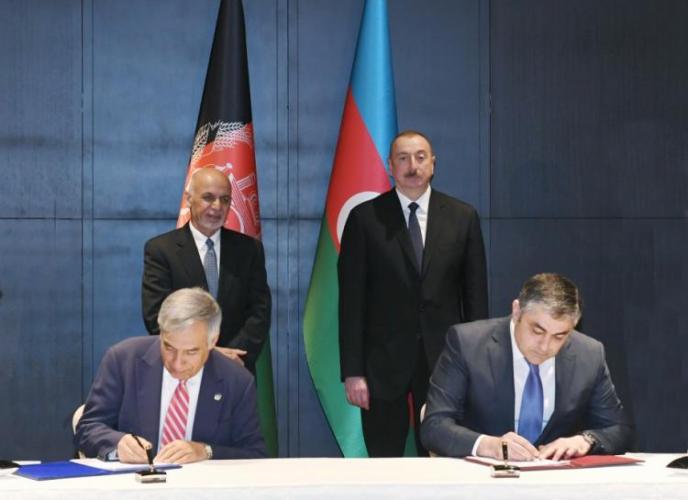 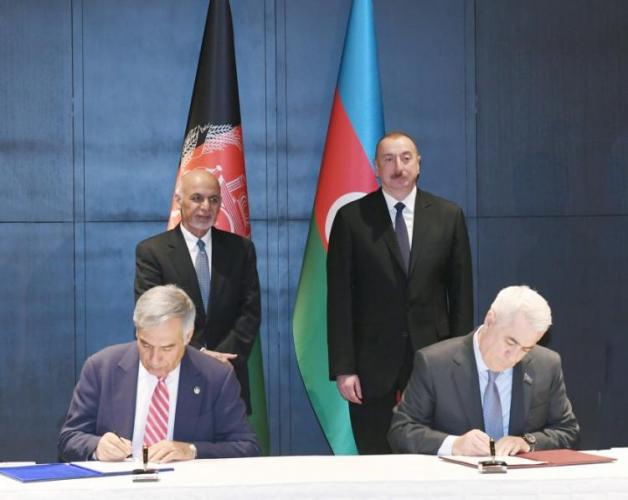