President of the Republic of Azerbaijan Ilham Aliyev has met with Executive Vice President and Chief Financial Officer at CISCO Kelly Kramer in Davos, APA reports.

Long-term cooperation between CISCO and Azerbaijan was praised at the meeting. CISCO`s implementation of projects in priority areas in Azerbaijan was pointed out. The initial stages of most of these projects have already been implemented.

President Ilham Aliyev said CISCO was an important partner for Azerbaijan, pointing out great business potential for the company in the country.

Executive Vice President and Chief Financial Officer at CISCO Kelly Kramer highly appreciated the ongoing development processes in Azerbaijan, noting the successful exchange of expertise between the company and the country. Kelly Kramer described Azerbaijan as the most important country for CISCO in the region. 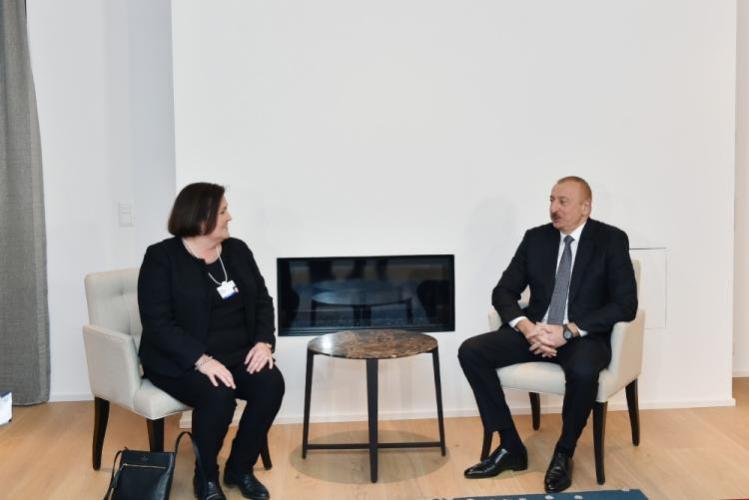