A commemoration ceremony dedicated to the memory of March 11 terrorism victims has been held in French Embassy to Azerbaijan, ONA reports.

French Ambassador to Azerbaijan Zacharie Gross stated that President of the Republic of France Emmanuel Macron decided to declare March 11 a day of sadness to commemorate March 11 terrorism victims every year parallel to European Memorial Day, commemorating the most bloody terror act in madrid on March 11, 2004.

According to him, purpose of the day of sadness is respectful commemoration of memory of French or foreign citizens, who became victims of attacks, committed against France's interests in France and abroad.

The Ambassador noted that France suffered from terror attacks for decades.

French diplomat reminded terror attacks were committed in France in 2015-2016 by ISIS.

"We should appreciate dialogue, tolerance. It should be carried out with education and integration. I express my gratitude to Azerbaijan for its tolerance and efforts in fight against religious intolerance", noted the Ambassador.

Remind that on March 11, 2004 10 explosions occurred in 4 trains, moving among cities, in early hours in railway station of Madrid. As a result, 192 people died, 2050 people got injuries. Although it was supposed these explosions were committed by ETA, it was determined terror act was committed by Al-Qaeda. 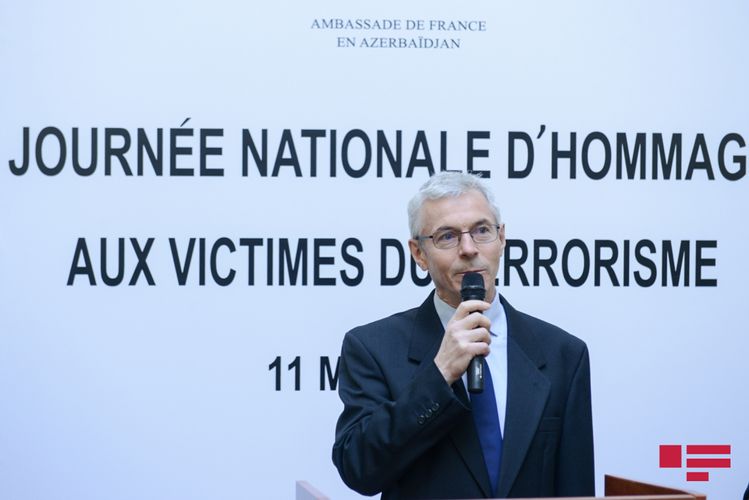 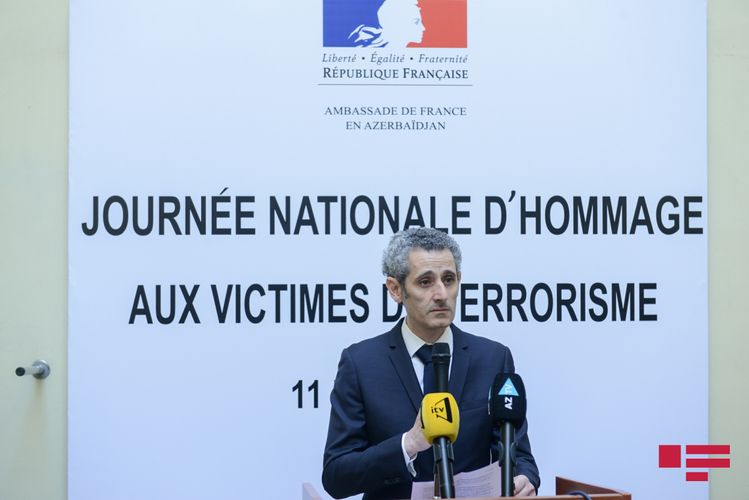