Foreign Minister Elmar Mammadyarov met with Nikos Dendias, Foreign Minister of Greece on the sidelines of the 74th session of the UN General Assembly on 27 September, 2019, APA reports.

At the beginning of the meeting Minister Elmar Mammadyarov congratulated his Greek colleague on the election of the new Government. He informed the Foreign Minister N.Dendias on the appointment of a new Ambassador of the Republic of Azerbaijan to the Hellenic Republic. The sides had an exchange over the bilateral cooperation relations between Azerbaijan and Greece.

The existing potential for further development of relations, especially in the non-oil sector and tourism sphere, mutual investment projects were discussed by the Ministers. The regional energy and infrastructure projects implemented by the initiative and with participation of Azerbaijan, especially the Southern Gas Corridor as a major component of EU energy policy was also discussed at the meeting. Minister Elmar Mammadyarov invited the Foreign Minister of Greece to pay a visit to Azerbaijan. 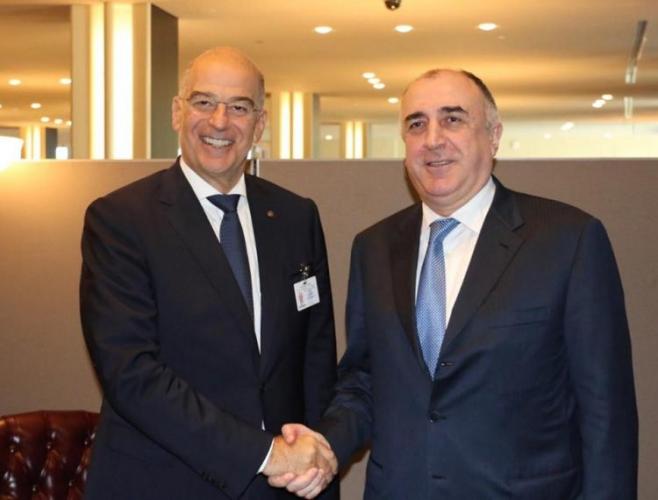 Deputy Minister: “No military transit being carried out through Georgia to Azerbaijan and Armenia”