Welcoming the internal reforms in Azerbaijan, Secretary-General asked to convey his sincere greetings and best wishes to the President of the Republic of Azerbaijan H.E. Ilham Aliyev.

Minister informed the Secretary-General about the current status of the settlement process of the Armenia-Azerbaijan Nagorno-Karabakh conflict and the latest meeting of the Foreign Ministers of both states with the mediation of the OSCE Minsk Group co-chairs in New York.

Reminding the position of the international community, and primarily the resolutions of the Security Council, Minister emphasized the necessity of compliance by Armenia with the demands on the withdrawal from the occupied territories of Azerbaijan and return of the hundreds of thousands of Azerbaijani displaced persons to their homes.

A.Guterres noted his support for the activities of the OSCE Minsk Group on the conflict settlement and underlined the readiness of the UN to contribute anytime to the development of the peace process.

The sides also had an exchange of views on the issues of mutual interest of the UN agenda.

At the end of the meeting Minister Elmar Mammadyarov signed the UN Honorary Guest Book. 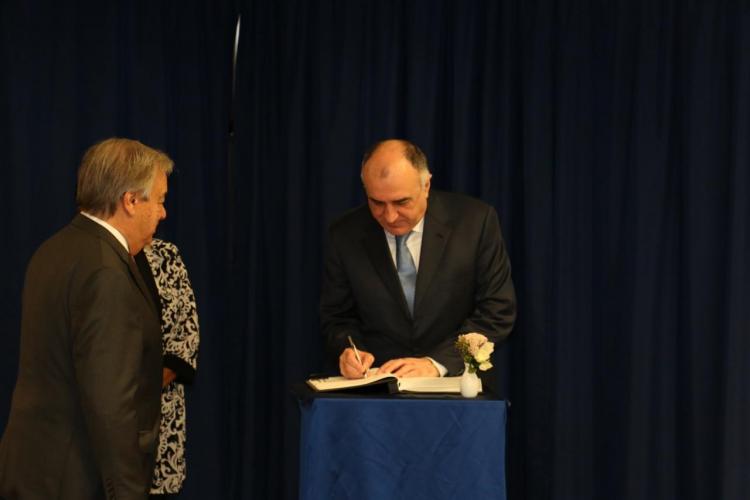