Kenji Yamada highlighted the strategic location of Azerbaijan and noted that along with the oil sector, Azerbaijan’s recent attention to the non-oil sector has been viewed by their side as an important opportunity for developing bilateral economic relations. Referring to the first round of negotiations between Japan and Azerbaijan on the “Agreement on Promotion and Mutual Protection of Investments”, Kenji Yamada stressed the significance of continuation of these negotiations in terms of developing economic relations between the two countries.

Minister Elmar Mammadyarov expressed satisfaction with the existing bilateral and multilateral relations between Azerbaijan and Japan, and stressed the importance of further strengthening the bilateral relations. In this regard, Elmar Mammadyarov emphasized the significance of developing relations in the tourism sector between Azerbaijan and Japan. The sides also exchanged views on issues related to cooperation within international organizations, as well as the other issues of mutual interest. 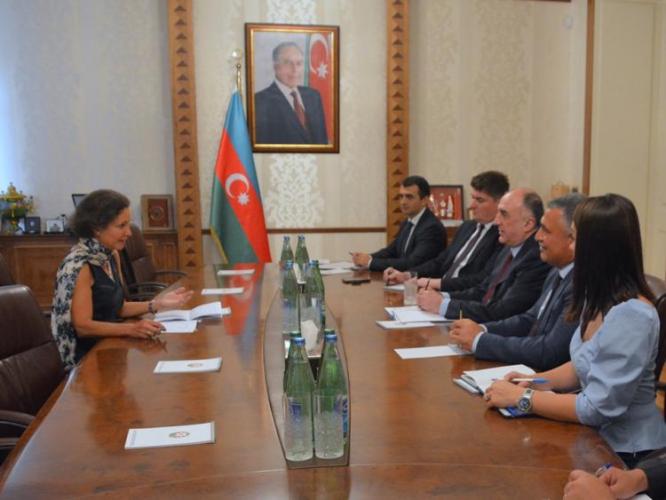 President Ilham Aliyev: We restore justice, we implement UN SC resolutions that have remained on paper for 27 years

President of Azerbaijan: “We have enough ammunition”

Azerbaijani President: "First Armenia opened fire and we have evidences"

Israeli Minister: “We know what bombardment of civilians means, we always stand by Azerbaijan”

Meeting of Azerbaijan and Armenia Foreign Ministers kicks off in Geneva

Azerbaijani President makes a phone call to his Turkish counterpart