Remind that as an expression of Azerbaijan’s solidarity with the international community in the area of fight against the COVID-19 pandemic, beginning from April 3, the flags of the states affected by the virus are demonstrated on the building of the Heydar Aliyev Center is one of the world’s best architectural monuments to the accompaniment of musical compositions of those countries. 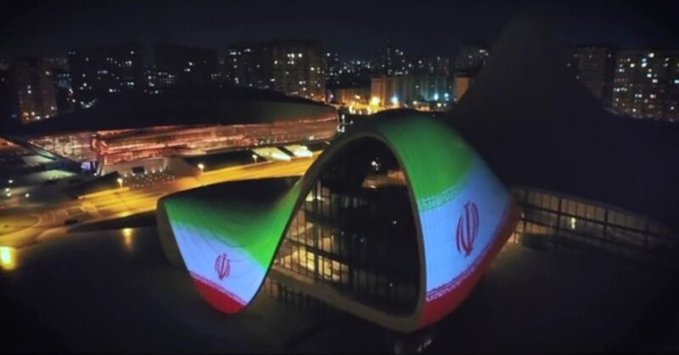 Turkish FM expresses hope for agreement between Armenia and Azerbaijan

Azerbaijani MFA: Armenia does not take any measure to bring those, who committed crime, to responsibility

Azerbaijani FM stresses importance of continuation of negotiations with Armenia

NATO Secretary General: Putin's speech showed that the war is not going according to his plan

Mothers of soldiers overturn wreathes in military cemetery in Armenia, clash with police