President of the Republic of Azerbaijan Ilham Aliyev has attended the opening of Goranboy District Central Hospital, ONA reports

The head of state first cut the ribbon symbolizing the opening of the hospital.

The head of state then met with the hospital staff.

- I congratulate you on the opening of Goranboy Central District Hospital. I am very pleased that an excellent medical center has been established in Goranboy in a short time. Two and a half years ago, the construction began on my instruction and we are opening this hospital together today. As you can see, all the conditions here meet the highest standards. Both the building is quite modern and beautiful, and the equipment installed here is manufactured by leading companies. This equipment is no different from the equipment of the leading hospitals in the world. And this should be the case. I said that the material and technical infrastructure of the public health sector in Azerbaijan should be at the highest level, and we are achieving this.

Over the past 16 years, 22 new hospitals, 15 diagnostic and treatment centers were built in the regions of Azerbaijan alone. Twenty-eight central district hospitals have been overhauled. The construction of five hospitals is under way. Thus, 70 modern medical facilities have been commissioned in the regions alone. Of course, these medical facilities serve public health. The construction and renovation of many hospitals has also been completed in Baku. In general, more than 700 medical institutions have been built and overhauled in our country over the past 16 years.

Of course, this requires major funds, and they are being allocated through the state budget. This hospital, too, was built as part of the state investment program and on the basis of state programs on the socioeconomic development of the regions. The main goal of this is to provide people with quality medical services.

Today, it is possible to say that modern medical institutions operate in all our cities. They have all the opportunities for both treating and diagnosing patients. It is no coincidence that the number of our citizens undergoing examination is growing every year. Last year it reached 5 million people. More than five million people underwent medical examination. Ten years ago, I recommended that people undergo annual examination so that both themselves and doctors have an idea of their health and, if necessary, treatment or surgical operation are carried out. There were no conditions at that time, but they are available now. Therefore, the establishment of such an excellent medical center is an indicator of our policy. There is a modern medical facility not so far from here, in the city of Naftalan, and it might have seemed to some people that this hospital would serve the residents of Goranboy too. But I said that a separate central district hospital should be built in Goranboy too because the old hospital building did not meet the standards any longer.

Currently, the key issue on the global agenda is the problem of coronavirus. This issue is discussed practically in all countries. As for Azerbaijan, I can say that the situation is under control. A special operational headquarters under the Cabinet of Ministers has been set up on my instruction. In addition, I have issued the instruction to allocate an additional 10 million manats to expedite the adoption of necessary measures. Special measures are being taken to evacuate Azerbaijani citizens from Iran. They will be brought to Azerbaijan both through the land border and by air. However, everyone should understand that they will have to spend some time in quarantine in order to prevent the spread of the disease in Azerbaijan.

At the same time, relevant instructions have been issued on the temporary closure of schools, universities and kindergartens. The purpose of this is to protect children and teenagers from the disease. So all necessary measures are being taken. As of today, the likelihood of this disease spreading in Azerbaijan is not very high. However, I can say that this issue is monitored in the country several times a day. Special devices have been installed at all border checkpoints.

I must also say that no country has introduced restrictions on cargo transportation, including Azerbaijan. As you know, Azerbaijan is a transit country. We have been trying to expand our transit potential for many years and have been able to achieve this. There are no restrictions for transit cargo. However, paying special attention to this area, we work in an organized manner to deliver transit goods, in particular the goods arriving in our country from the southern direction for both Azerbaijani consumers and for those in neighboring countries. Special columns composed of relevant trucks are formed and police escort is provided. In addition, I have asked for foreign drivers to be provided with food so that they don’t get often leave their cars and visit public places. In other words, careful steps thought to the smallest detail are being taken, and their purpose is to protect the citizens of Azerbaijan from this disease. So far, all our actions have been successful. We are always in contact with the World Health Organization. Work is under way to deliver tests to our country. This issue is being resolved.

I am told that there is a shortage of masks in pharmacies of late. It is impossible to find an explanation for this because we have a sufficient supply of masks. Apparently, some dealers are trying to take advantage of the situation to increase their illegal incomes. All law enforcement agencies have been instructed to identify such facts and apply the most severe punishment to those committing this. After all, those taking advantage of the situation to resort to unsightly actions in pursuit of their selfish interests should face the most severe punishment.

Therefore, I want to once again assure the Azerbaijani public that the Azerbaijani government is taking all necessary measures. The current picture does not give serious reason for concern. No signs of the disease have been detected in the absolute majority of quarantined people. If their condition is in order, they will be discharged after the required time. I believe that this is sufficient information. At the same time, all health workers directly involved in this matter, the Ministry of Health and the Agency for Compulsory Health Insurance, have been instructed to regularly update the public.

I want to say this again: the strengthening of the material and technical infrastructure of our public health system is also designed to counter unexpected situations. Of course, we are building such wonderful hospitals for our citizens to use them. At the same time, in force majeure situations such medical facilities expand our capabilities, of course. I am glad that such an excellent medical institution is already functioning in Goranboy district.

Numerous infrastructure projects have been implemented by the state in Goranboy district. On my instructions, the level of gas supply has been increased to 96 percent. Gasification of the remaining villages is currently on the agenda. Several important road projects have been implemented. We opened one of them today. Nevertheless, proposals on the construction of new roads, rural roads are still coming from citizens. Corresponding instructions will be issued and an order signed. Sixty-five percent of roads have been repaired. The drinking water problem was resolved in the city in 2014. I attended the opening of this major project. A modern Olympic sports center is under construction. This is also a necessary facility for athletes and citizens in general because – I said this before and want to say it again – everyone should do play on a regular basis. I once said that everyone should undergo examination, and it is possible to say that we are achieving this goal. I am sure that we will achieve this as well. If everyone regularly does sports, their health will be in order, their immunity will be high, they will live a long time, lead a healthy lifestyle and enjoy life.

Additional measures related to the development of Goranboy district and creation of jobs will be taken in the future too. A carpet factory has been opened in Goranboy. In other words, infrastructure projects, social projects, projects related to job creation are and will continue to be implemented. I congratulate you on the opening of this beautiful hospital again, wish you success and happy upcoming Novruz holidays.

President of the Republic of Azerbaijan Ilham Aliyev has attended the opening of Goranboy District Central Hospital, ONA reports.

The head of state first cut the ribbon symbolizing the opening of the hospital.

The head of state then met with the hospital staff and posed for photographs together with them. 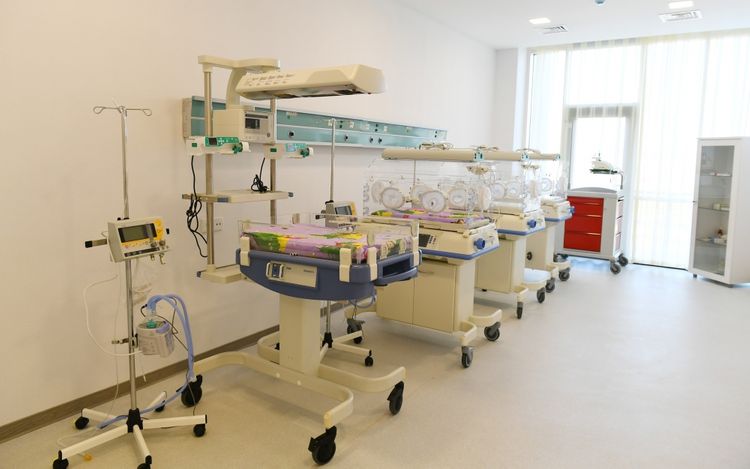 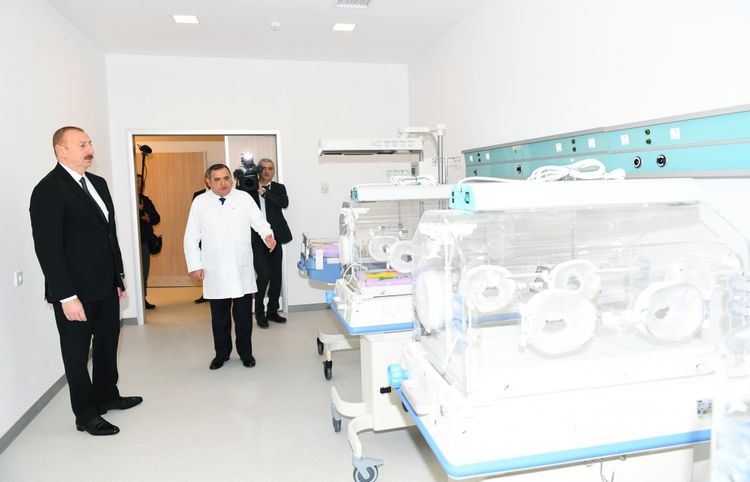 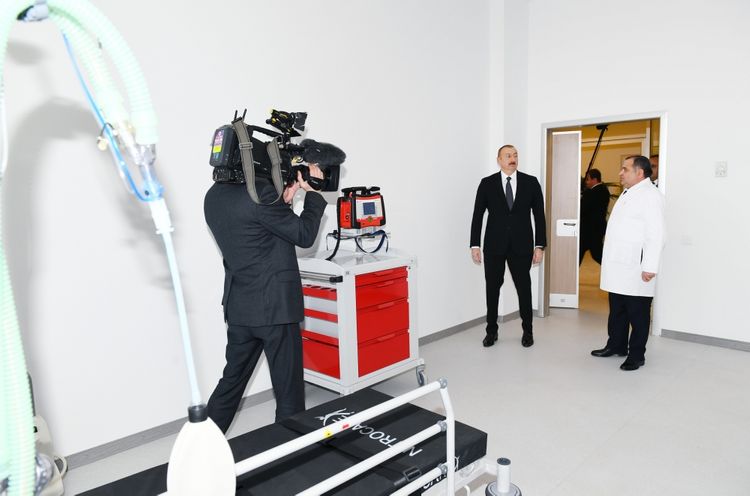 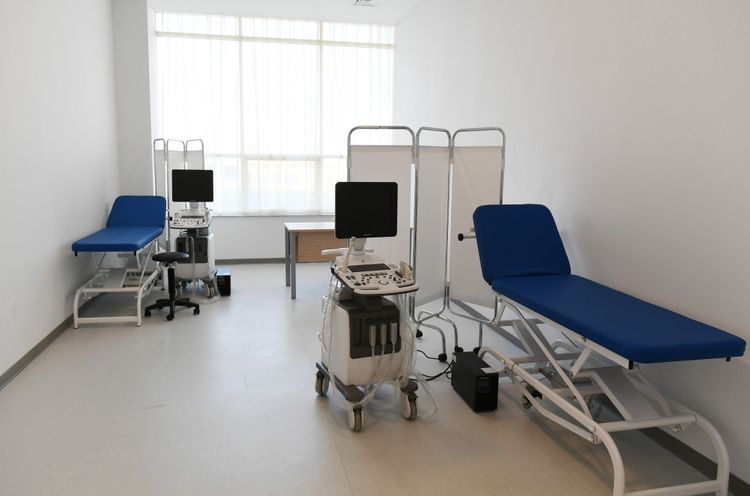 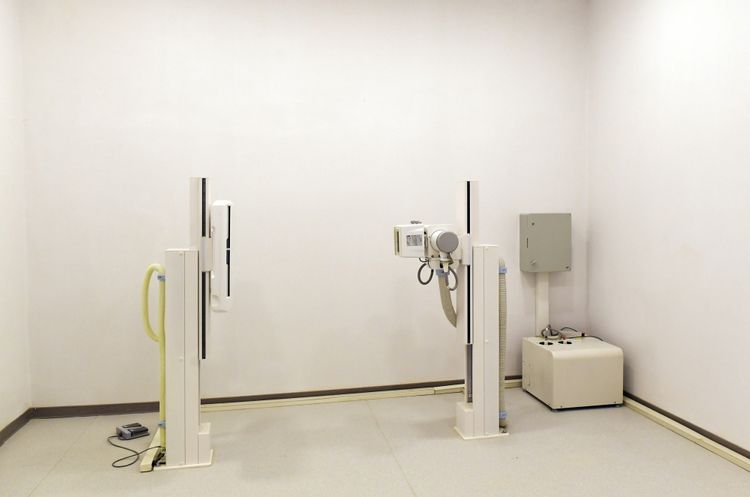 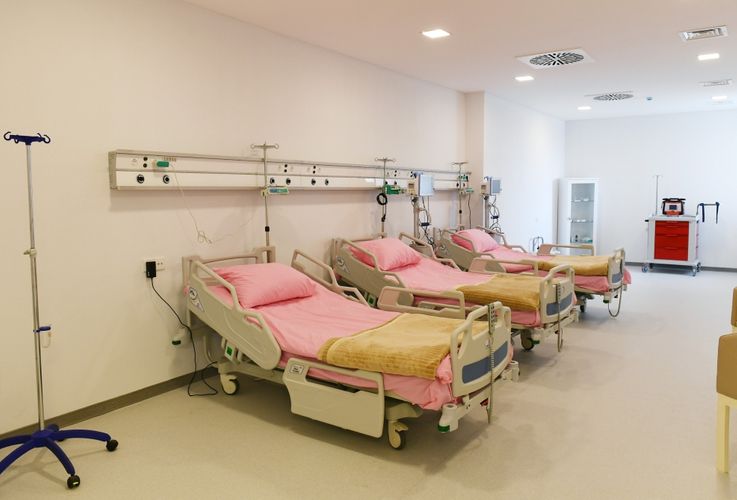 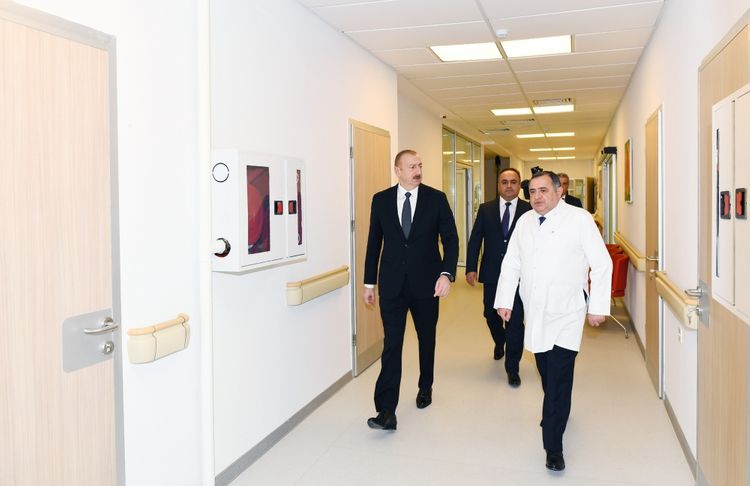 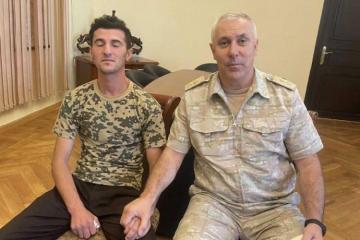 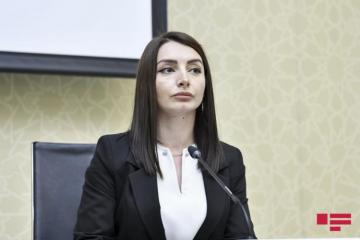 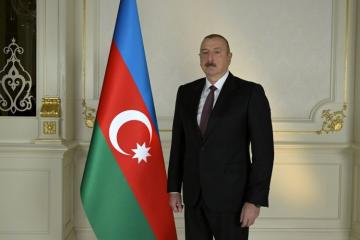