The President of Azerbaijan Ilham Aliyev and the President of Russia Vladimir Putin has met at the capital city of China, Beijing, ONA reports citing press service of Kremlin.

Russian President emphasized that he is very happy to see Azerbaijani President İlham Aliyev: "We already had the pleasure to speak briefly, as they say, on the sidelines of the event. I am happy to have this opportunity to talk with you now in an expanded format.

We meet frequently, and we have the opportunity to not only exchange opinions and compare notes, but also to adjust our joint work. Generally, I believe it is going rather well.

We enjoy good trade and economic ties. We even created, I would say, on your initiative, a special interaction mechanism in trade and the economy. I believe this initiative is developing.

Perhaps, we should ask our colleagues from Russia and Azerbaijan to speak on this. Overall, we are satisfied with our relations. I am confident we will bring up all aspects of our interaction today. I am happy to see you."

Azerbaijani President İlham Aliyev in his turn thanked Russian President and noted he is very pleased to see him again: "Our meetings give a serious boost to our relations. We meet regularly and, of course, we resolve critical issues of cooperation and interaction in all spheres.

We are very satisfied with our ties. They cover all fields. An active political dialogue is underway. Our trade is expanding.

As you noted, there is a special mechanism for promoting specific projects. Our business circles are very interested in working together.

Of course, transport and logistics are an important sphere of cooperation. We have a good track record when it comes to this, as well as in energy, agriculture and cultural exchanges.

I think that the current level of our relations allows us to resolve many bilateral and regional matters. Therefore, I am confident that this meeting will give a good boost to our future ties, which are based on friendship, neighborliness, mutual support and mutual respect. We greatly value these relations, appreciate them and look forward to moving forward.

Russian President said trade between Moskow and Baku was up by almost 14 percent last year to $2.5 billion. "We also have a lot in common concerning international affairs. We agreed on holding the next Russia-Azerbaijan-Iran summit in Russia in August, something we will discuss today as well, I believe."

The President of Azerbaijan Ilham Aliyev and the President of Russia Vladimir Putin has met at the capital city of China, Beijing, ONA reports citing Rossiya 24 channel.

The bilateral relations have been discussed at the meeting. Vladimir Putin stated that the trade turnover between Azerbaijan and Russia increased by 14% and reached $2,5B last year. 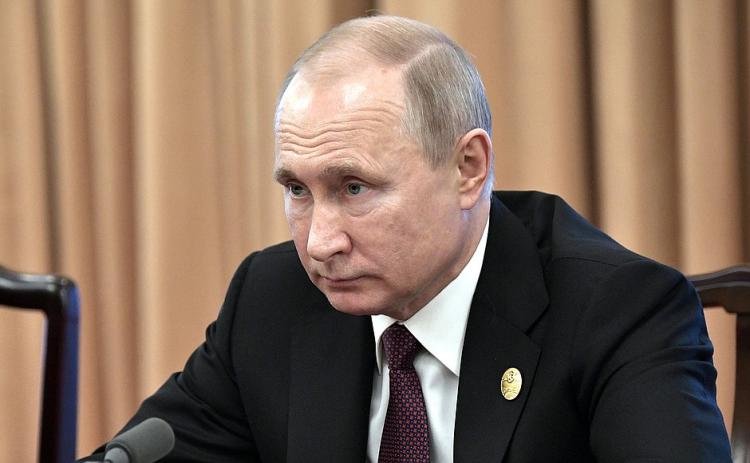