Three bridges in Istanbul were illuminated in accordance with the colors of the Azerbaijani flag on the occasion of the 102nd anniversary of the Democratic Republic of Azerbaijan, The Consul General of Azerbaijan in Istanbul Masim Hajiyev told ONA.

According to him, the 15 Temmuz, Fatih Sultan Mehmet and Yavuz Sultan Selim bridges were illuminated by the colors of the Azerbaijani flag, created a pleasant mood for the residents of the city.

Mr Hajiyev noted that Turkey always pays attention to the significant days of Azerbaijan. The Consul General thanked the Istanbul Governor's Office and the General Directorate of Motor Roads for this step.

It should be noted that the Galata Tower in Taksim Square in Istanbul was illuminated for the first time in the color of the Azerbaijani flag. 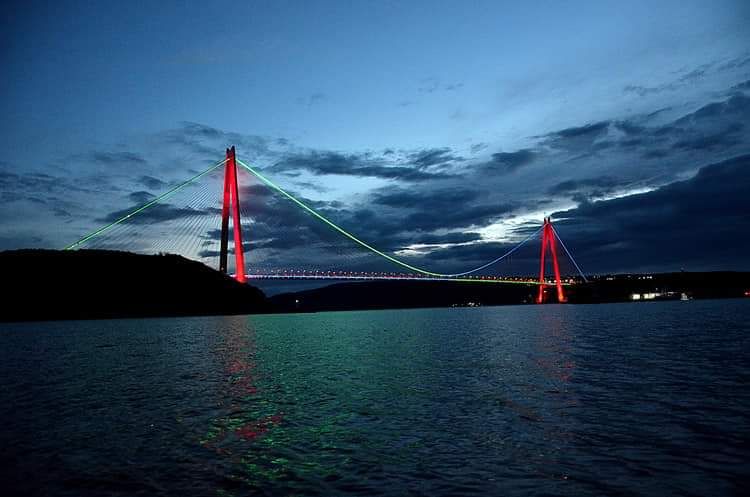 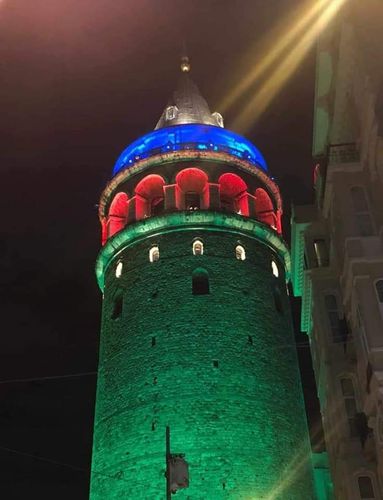