Vice President of Turkish Republic Fuat Oktay, who is on an official visit to Azerbaijan, visited the grave of nationwide leader Heydar Aliyev in the Alley of Honor, APA reports.

Fuat Oktay also visited the grave of the famous ophthalmologist, academician Zarifa Aliyeva’s grave, and laid flowers on her grave.

Later, Fuat Oktay visited the Alley of Martyrs and commemorated memories of the heroes.

Attending Baku Turkish Martyrs' Memorial, F. Oktay said that heroism of Turkish martyrs, sacrificed their lives for the sake of Azerbaijan’s independence, plays a role of a bridge for fraternity between our countries today. He noted that he was honored of being in the moral presence of Turkish martyrs in those days when 101st anniversary of the liberation of Baku was celebrated with great proud: “You showed great heroism for the sake of fraternal Azerbaijan’s protection and defend of these sacred territories by scarifying your lives without hesitation. We commemorate your heroism with pleasure. Your heroism, done with unshakable conviction, plays a role of bridge in the strengthening relations and fraternity between Azerbaijan and Turkey. We do our utmost to keep and take to future the values, which you left behind as a heritage for us. Rest in peace.” 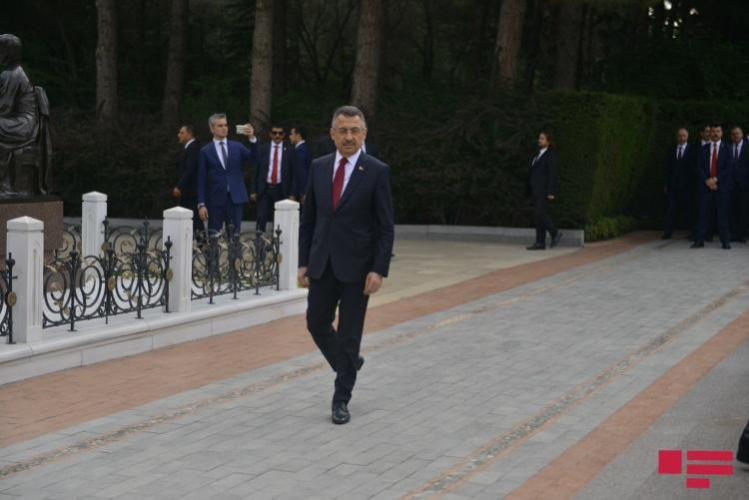 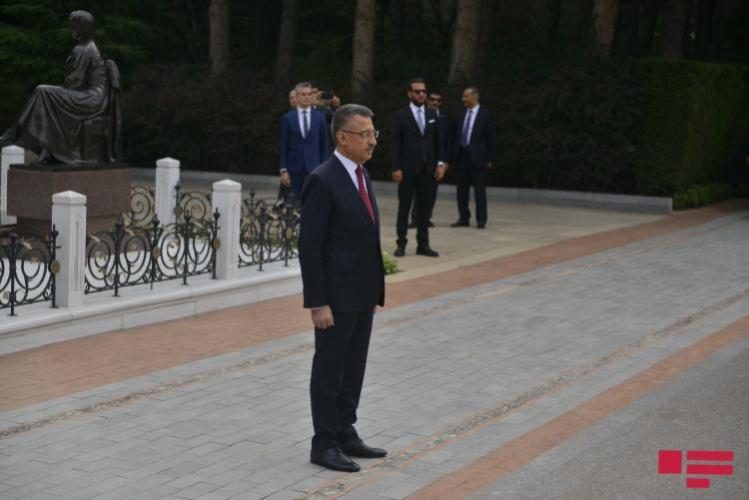 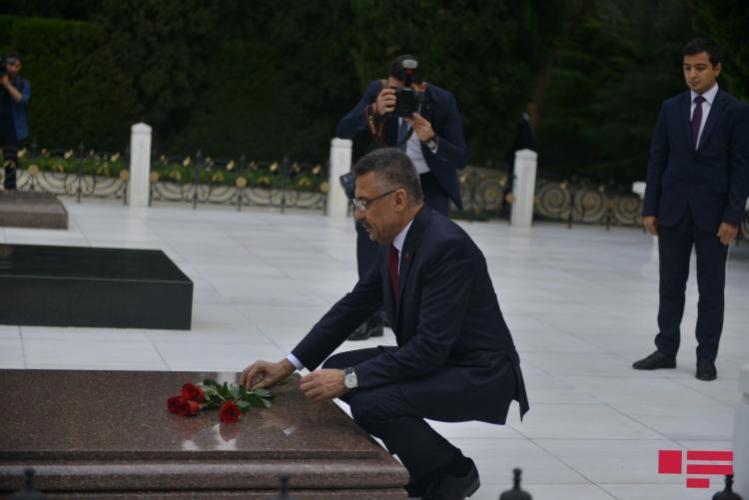