Vice President of the German Bundestag: What happened in Khojaly - tragedy of mankind - PHOTO

Making an opening remark at the symposium, Chairman of the Board of the German-Azerbaijani Forum, former Secretary of State Hanns-Eberhard Schleyer touched upon the Khojaly genocide and the Armenian-Azerbaijani conflict, as well as various aspects of Azerbaijani-German relations.

Azerbaijani Ambassador to Germany Ramin Hasanov delivered a speech at the event. Speaking about the Azerbaijani-German relations, the ambassador emphasized that the settlement of the Armenian-Azerbaijani Nagorno Garabagh conflict is an important issue on the agenda of these relations.

According to him, there is no optimism in terms of resolving the conflict, and the reason for this is the unwillingness of Armenia to abandon its occupation policy.

Referring to the public debate between the President of Azerbaijan, Ilham Aliyev, and the Prime Minister of Armenia, Nikol Pashinyan, at the Munich Security Conference 2020, the Ambassador emphasized that the President of Azerbaijan informed the world about the conflict and the current Armenian authorities are trying to deceive the public and preserve status quo with rhetoric based on lies and populism.

Mr Hasanov noted that, despite the occupation of lands and the presence of more than 1 million refugees and internally displaced persons, Azerbaijan seeks a peaceful settlement of the conflict, but Armenia, the most militarized country in Europe, is not ready for peace. And those who committed genocide against the Azerbaijani people in Khojaly 28 years ago are not only not punished, but even held high positions in the future.

The ambassador appealed to Germany and the European Union to call on Armenia to peace with Azerbaijan, to renounce territorial claims against neighboring countries. It was noted that ending the occupation and returning Azerbaijanis to their homes could be a decisive factor in creating mutual trust between the parties to the conflict. Hasanov emphasized that a speedy resolution of the conflict should be, in the first place, in the interests of Armenia, suffering from hunger, as well as the entire region and partners of the region.

Bundestag Vice-President Thomas Opperman in his speech said what happened in Khojaly is a tragedy of mankind. He noted that it is necessary to look for ways to resolve the Armenian-Azerbaijani Nagorno Garabagh conflict, and Germany is ready to support this process. It was noted that the parties should show their will for an early settlement of the conflict. T. Opperman also emphasized that Azerbaijan has a difficult geopolitical position and Germany is interested in ensuring security in the region.

Speaking about Azerbaijani-German relations, T. Opperman noted that they have a 200-year history, economic and cultural ties between our countries are at a high level.

Then, panel discussions were held at the symposium with the participation of the Bundestag deputies.

The participants of the symposium were offered materials on the Khojaly genocide and the Armenian-Azerbaijani Nagorno Garabagh conflict. 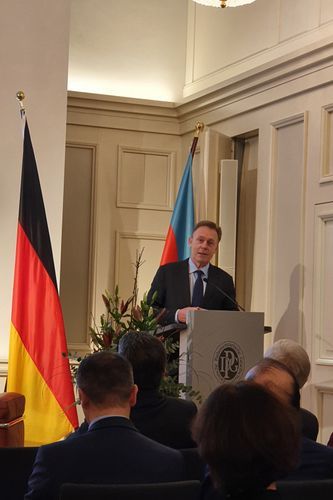 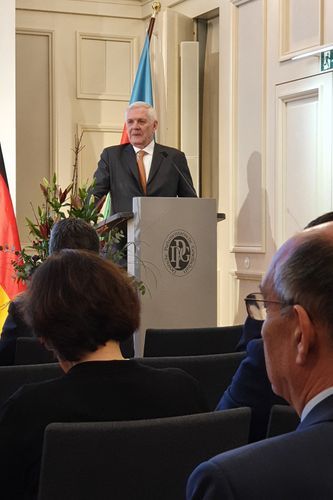