Demolition and construction works to start in Shamakhi, Agsu and Ismayilli - MINISTRY BOARD MEETING - VİDEO

According to the Ministry of Emergency Situations of Azerbaijan, the meeting was attended by deputy ministers, heads of structural divisions and agencies of the Ministry's Administration, ONA reports.

Touching upon the work done on eliminating the consequences of the earthquake in the Shamakhi, Agsu and Ismayilli regions on February 5 and 6, Minister Heydarov noted that Azerbaijani President Ilham Aliyev, as always once again reacting quickly to the incident, giving important instructions for the operative elimination of the consequences of the earthquake, and demonstrating his support to the people visiting the quake zone immediately, once again showed that he is the president of each citizen of Azerbaijan.

In this sense, the orders on construction, restoration and renovation of houses, social and infrastructure facilities damaged by earthquakes should be emphasized specially as a great humanistic step. The minister underlined that great work has been done in the earthquake zone with the support of the Heydar Aliyev Foundation under First Vice President of the Republic of Azerbaijan Mehriban Aliyeva’s instruction.

In addition, the design and estimate documentation was prepared by the agency "Azerdovlatlayiha" for the construction of a 2-storey, 4-storey, 44-apartment residential buildings in Shamakhi, and the construction of the dwelling is underway. Additionally, measuring for 235 houses were done in Shamakhi region for the restoration works and 132 design-estimate documents are under preparation.

On the second day of the Board meeting, head of the State Fire Control Service of the MES Major General Israyil Aliyev gave detailed information on violated fire safety rules in connection with the fire that occurred in the DIGLAS shopping mall in the Nizami district of Baku. He said that the State Fire Control Service filmed the shopping mall in 2018 to determine the current situation.

With the video, Israyil Aliyev explained that the building was not provided with a water pool and automatic fire extinguisher, the facility was exploited without meeting the requirements of the regulations for electrical installations, the emergency exits of the building were blocked by various items and thus free access to the area was restricted, the building was not provided with ventilation systems according to the requirements of smoke emission and normative documents, and the building territory was occupied by various types of vehicles. According to Israyil Aliyev, the State Fire Control Service within the authority defined by the legislation has repeatedly officially warned the management of the shopping center and other related persons about the need to eliminate violations of the fire safety rules at the DIGLAS shopping center. Notwithstanding all the appeals, violations of fire safety rules were not eliminated at the shopping center. In general, the operation of the facility has not been coordinated with the State Fire Control Service and the Agency on Control over Security in Construction. He also added that there were cases of violation of fire safety rules and relevant letters on elimination of these violations were sent to other places where massive people gather in the country.

Chief of the State Fire Protection Service Major General Fuzuli Asadov delivered a detailed report on the measures taken to extinguish the fire at the DIGLAS shopping center. He also added that violated fire safety regulations, inactive water reservoir and inland water cranes, the distance of the fire hydrants and water basins, providing water from various directions (800, 1000 m) for fire extinguishing works, dense location of commercial premises in the area, and flammable materials that can cause the rapid spread of fire has created great difficulties in timely prevention of fire. Nevertheless, as a result of operative and urgent measures, the spread of the fire to the surrounding areas and the greater complications have been prevented. Thus, 5000 m2 area in the negative 2 and 3 floors of the basement of the DIGLAS shopping mall, the consumables market in 2 hectares, fruit and vegetable market in the area of ​​2.5 hectares and 3-storey “Lotos” shopping center were protected from fire.

Minister Kemaleddin Heydarov gave instructions on the provision of all necessary materials to the investigative group on the fire in DIGLAS shopping center. He also gave relevant instructions to head of the State Fire Control Service Israyil Aliyev and head of the State Fire Protection Service Fuzuli Asadov to take measures to provide fire safety in public places, including shopping and entertainment facilities. 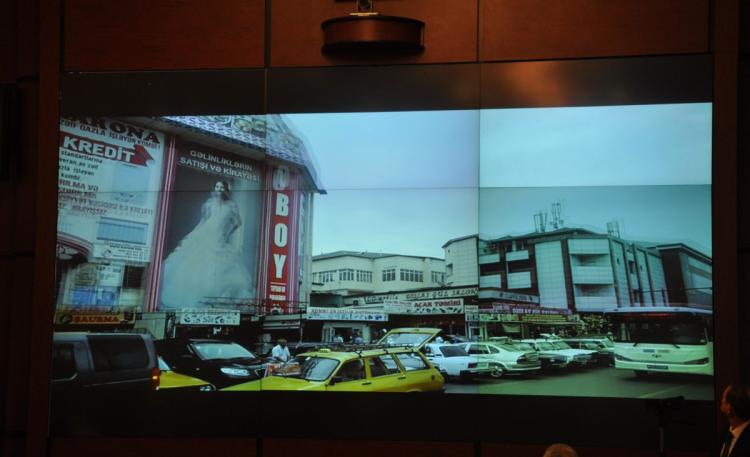 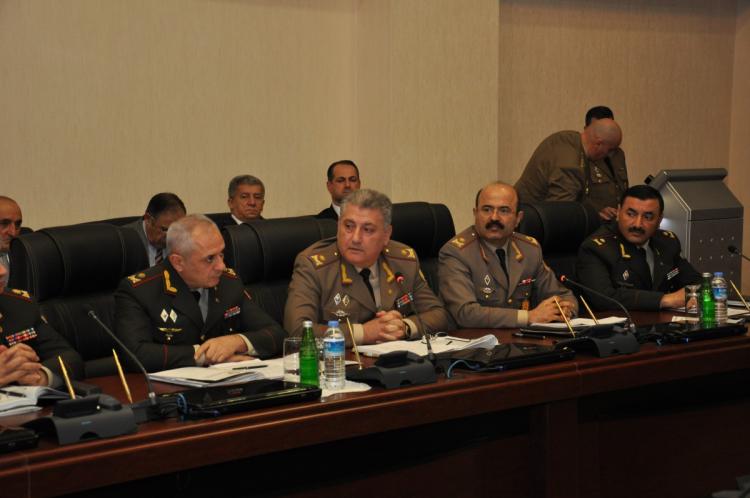 Archbishop Alexander Ishein: “These days to be one of the brightest pages of 21st Century”