The trip was organized under the project “Enhancement of National Capacities to Combat Human Trafficking in Azerbaijan (ENCT)” funded by European Union and co-funded by IOM Development Fund.

The main goal the study tour is to familiarize representatives from Justice Academy of Ministry of Justice, Main Department on Combating Trafficking of Human Beings of the Ministry of Internal Affairs and judges from regional appeal courts, prosecutors from General Prosecutor`s Office with the implementation of international and European standards in judicial decisions, protection of victims of trafficking, analysis of legal framework as well as prosecution of trafficking in human beings cases in Austria along with the procedures and rulings in the area of combating human trafficking.

The Azerbaijani delegation held meetings with National Coordinator on Combating Trafficking in Human Beings, Ambassador Petra Schneebauer at the Austrian MFA as well as Public Prosecutors, Maria-Luise Nittel and Ursula Schrall-Kropiunig at the General Prosecutor`s office. 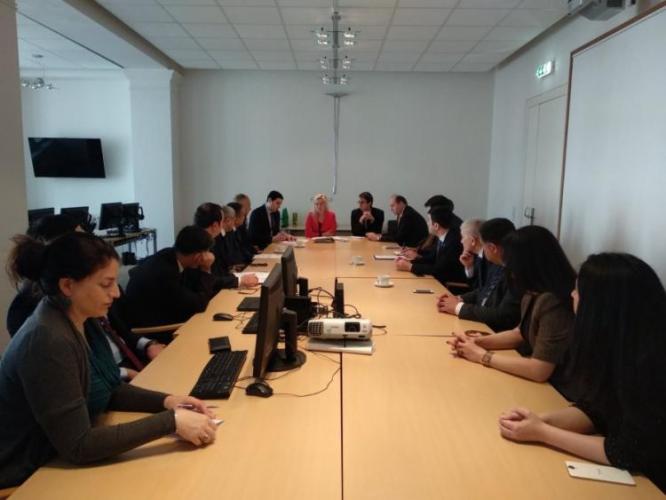