The delegation led by Prosecutor General of the Supreme Court of the Republic of Turkey Bekir Shahin who is on a visit to Azerbaijan has paid a visit to the area of building destroyed as a result of the missile fired by Armenia at Ganja during the Patriotic War, APA reports.

The delegation, which arrived in the area together with the Prosecutor General of Azerbaijan Kamran Aliyev, viewed the area and commemorated the victims of the Armenian terror.

Tags: Prosecutor General of the Supreme Court of the Republic of Turkey Bekir Shahin Ganja 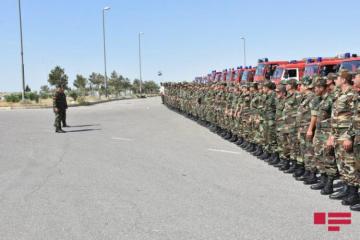