Robert Kubica, Williams pilot, thwacked the inside line of the barriers on the left of turn nine which meant he went straight on and into the barriers. Not a massive crash in terms of speed but a big thump straight on.

Kubica has not been injured but he will be taken to the medical centre for a check up.

Repairs to barriers will take some time so race control has said delays to Q2 will be a minimum of 15 minutes. 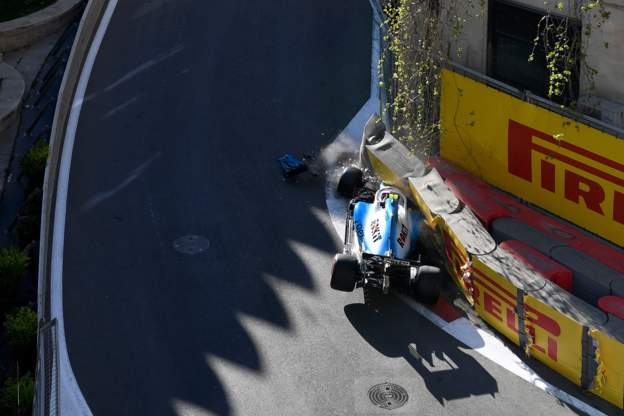