Over 30 dead as vessel catches fire off California coast - PHOTO

The two agencies are handling the incident.

Aidan said five have been taken to a hospital and 34 people were aboard the boat.

In an earlier tweet, at 5:43 a.m., the Coast Guard said “a group of crew members has been rescued (one with minor injuries) and efforts continue to evacuate the remaining passengers.”

The Coast Guard described the vessel as a 75-foot dive boat.

The Fire Department released images from the scene showing the boat engulfed in flames. 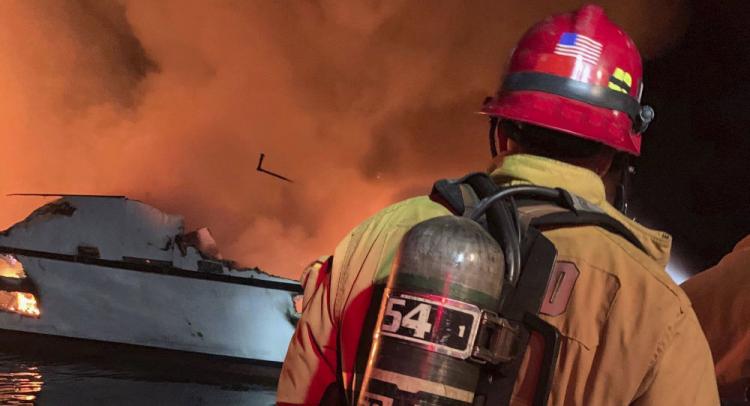 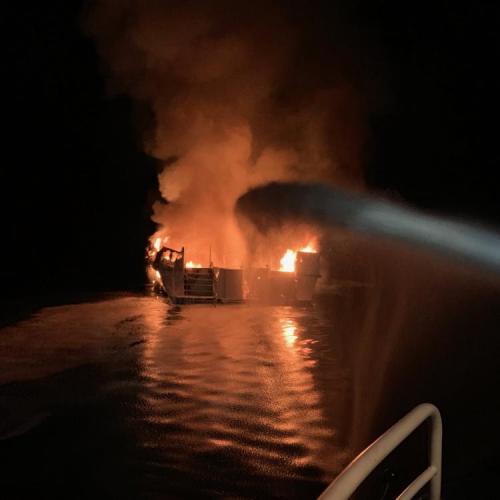