A passenger aircraft awaiting departure caught on fire in the Capital Airport in Beijing on Tuesday, the airport authority said in a statement on its official Weibo account, ONA reports citing Sputnik.

"At about 4 p.m. local time (08:00 GMT), smoke emerged from the cargo compartment of a plane waiting for departure at the Capital Airport. The staff working on the scene confirmed that there was no visible fire on the plane", the statement said.

The airport added that there were no passengers inside the plane when the fire broke out and that it initiated emergency response procedures to deal with the fire.

Videos circulated on Weibo showed the plane’s roof being burned through and was heavily damaged by the fire.

​A verified aviation blogger, known as FATIII, on Weibo wrote in a post that the plane involved in the fire was suspected to be for the flight CA976 to Singapore and several fire trucks were deployed to put out the fire.

Air China issued a statement shortly after to address the incident through its official Weibo account on Tuesday.

"On August 27 Beijing time, smoke emerged from the cargo compartment when passengers were boarding the flight CA183 from Beijing to Tokyo", the carrier said.

​According to the carrier, the crew took measures to fight the fire and evacuated passengers safely. The cause of the incident is being investigated, the statement added. 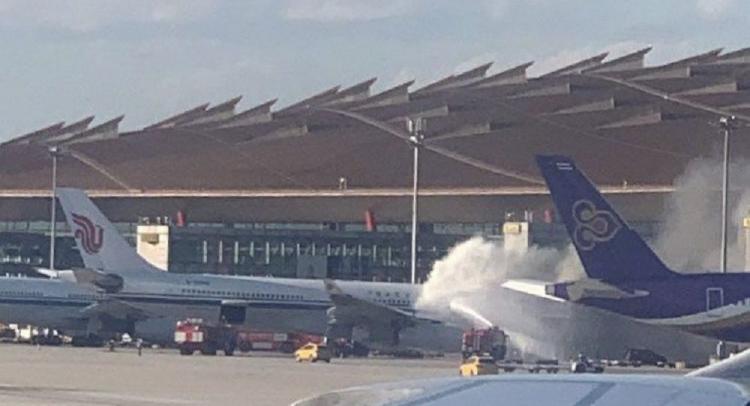 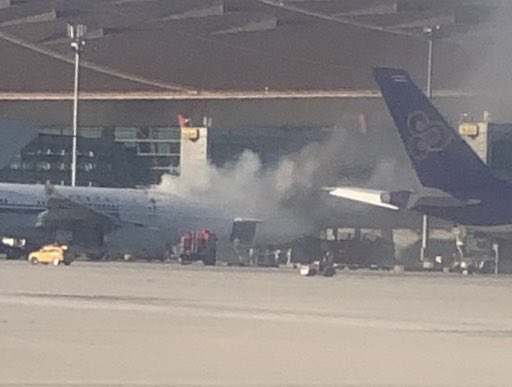