"Four people died in Malatya's Doganyol [town] and 18 others in Elazig," said Suleyman Soylu at a news conference in quake-hit Elazig province .

A total of 39 people were also rescued from the rubble of collapsed houses and buildings, Soylu added.

A massive earthquake with a magnitude of 6.8 rocked the eastern Turkish province of Elazığ on Friday evening. "Death toll in Elazığ earthquake has risen to 18; 405 people were injured in Elazığ and 148 others in Malatya. We are doing our best to rescue 30 people trapped under a collapsed building," Interior Minister Süleyman Soylu said after the quake. The temblor reportedly lasted 15 seconds, ona reports citing Dail Sabah.

According to Turkey's Disaster and Emergency Management Authority (AFAD), the quake struck Elazığ's Sivrice district at 8:55 p.m. (1755 GMT) from a depth of 6.7 kilometers.

Soon after the initial quake, the province was shaken further by a series aftershocks ranging from between a magnitude 5.4 to 3.3. 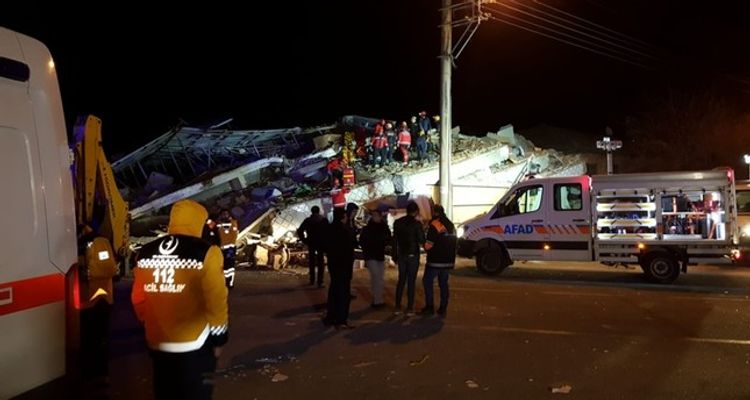